I know Box Tops are a terrific resource for school.  I get it, but I hate those little suckers and here is why.

I have reached into the trashcan more than my fair share of times for the sheer guilt that I have thrown out a box, can, or container with a Box Top yearning to be cut out.  I can’t throw the darn things out, it is like Box Tops turn into my children’s sad eyes begging me to cut them out to help their school. Sometimes they make it to the recycle bin for a few hours, but usually the guilt kicks in and I scurry them out to be saved.

Granted Box Tops can be found on Cascadian Organic Granola, but when I send my envelope full of Box Tops in to school it is like a haunting reminder of all the crap food we ate.  Let’s be honest they are usually on highly processed food. So while I think I am redeeming myself as a good parent by actually contributing to the school, I am at the same time slowly poisoning my family with added preservatives. 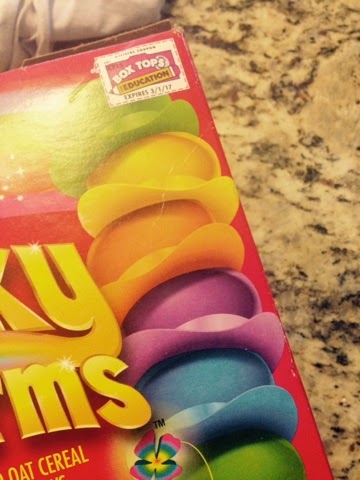 I am sure all the top rated mothers out there have a highly effective system of organizing their Box Tops, I do too.  It is called shove them in the junk drawer.  When it is time to send them in to school, I simply dig through the drawer cursing and swearing that I have more than the 10 I have found. 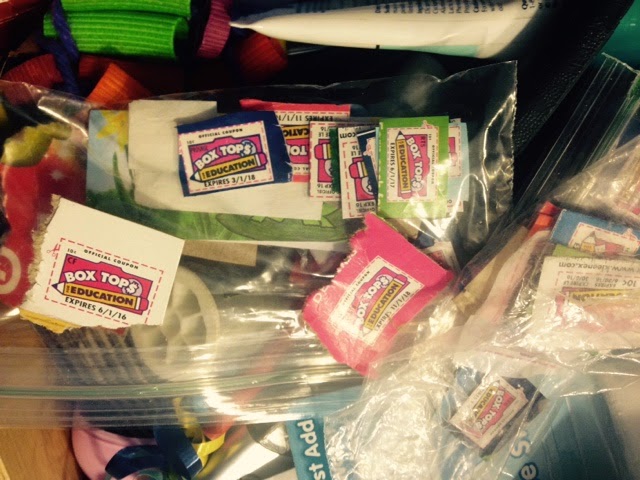 That’s right folks, the school will hold a contest with some amazing prize like a class trip to the bowling alley for the top class.  Don’t even try it folks! Little Suzy Smith’s grandmother in Mrs. Williams’ class works at General Mills so she brings in like 1,000 illegally obtained Box Tops claiming victory every year.  Your best bet is to just find out whose class has the Box Top kid in it and request that teacher every year.  It may even be worth holding your child back a grade.  I mean this is serious stuff, they could win an actual trip to the bowling alley. 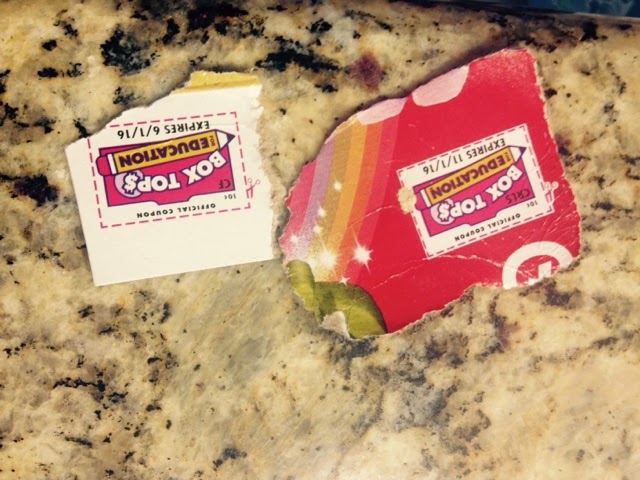 They have even added one more little category for moms like me.  Once the school collects all the Box Tops for the year, the PTO sends out letters looking for volunteers to come in and neatly clip those little buggers. So apparently just ripping them off the corner of the box that you dug out of the trash was not nearly enough to redeem my motherhood status, now they expect me to neatly clip them too.  I never worked so hard for 10 cents in my life!